Hi everyone.  I have been busy painting portraits. You can check out my website at lolastantonart.com

This clock was made from a Bolla wine box.  Jack, the little boy next door, threw it away years ago and I saved it.  When I decided to make the clock, there it was. It had the perfect proportions, 6x12. 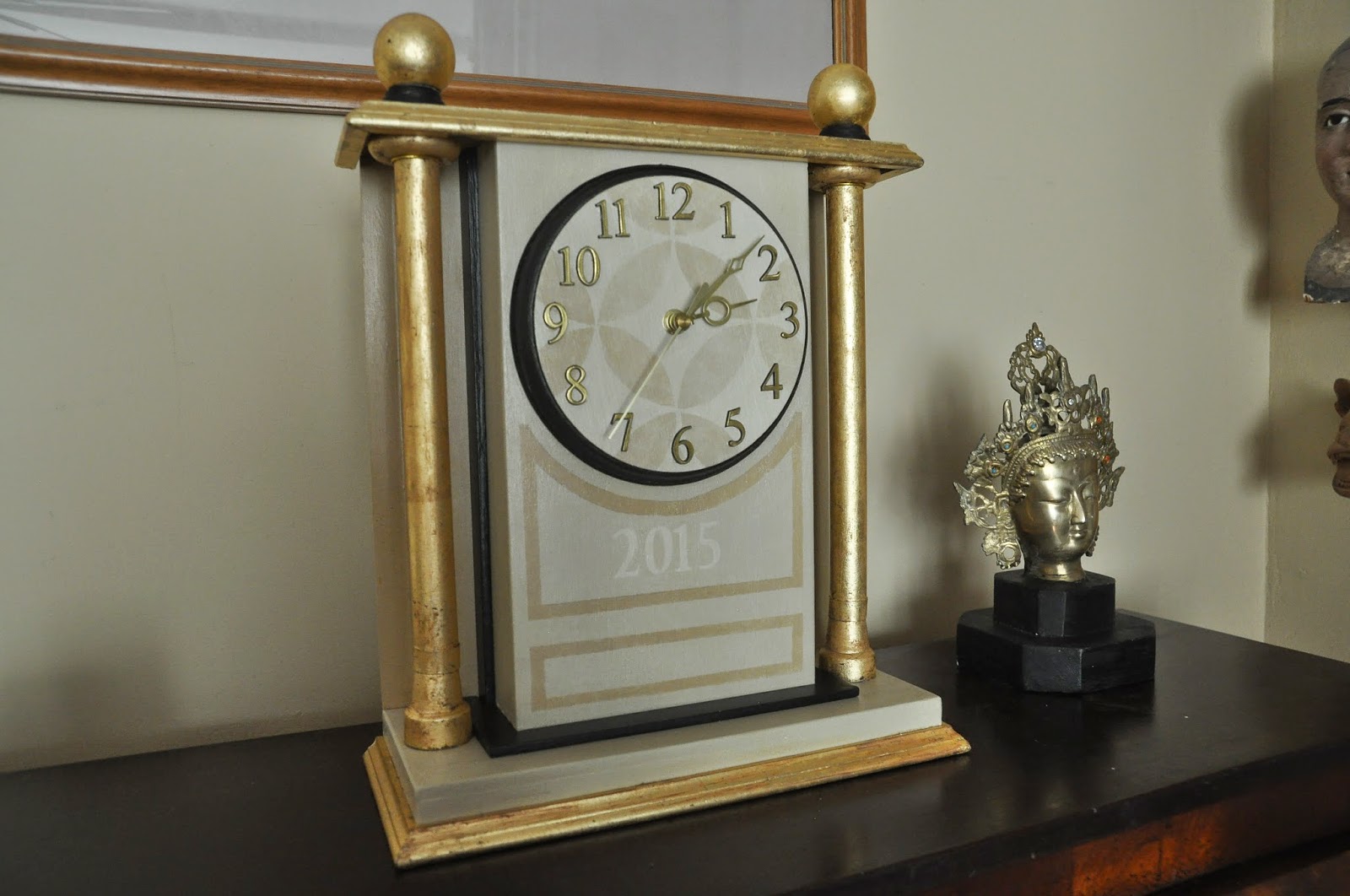 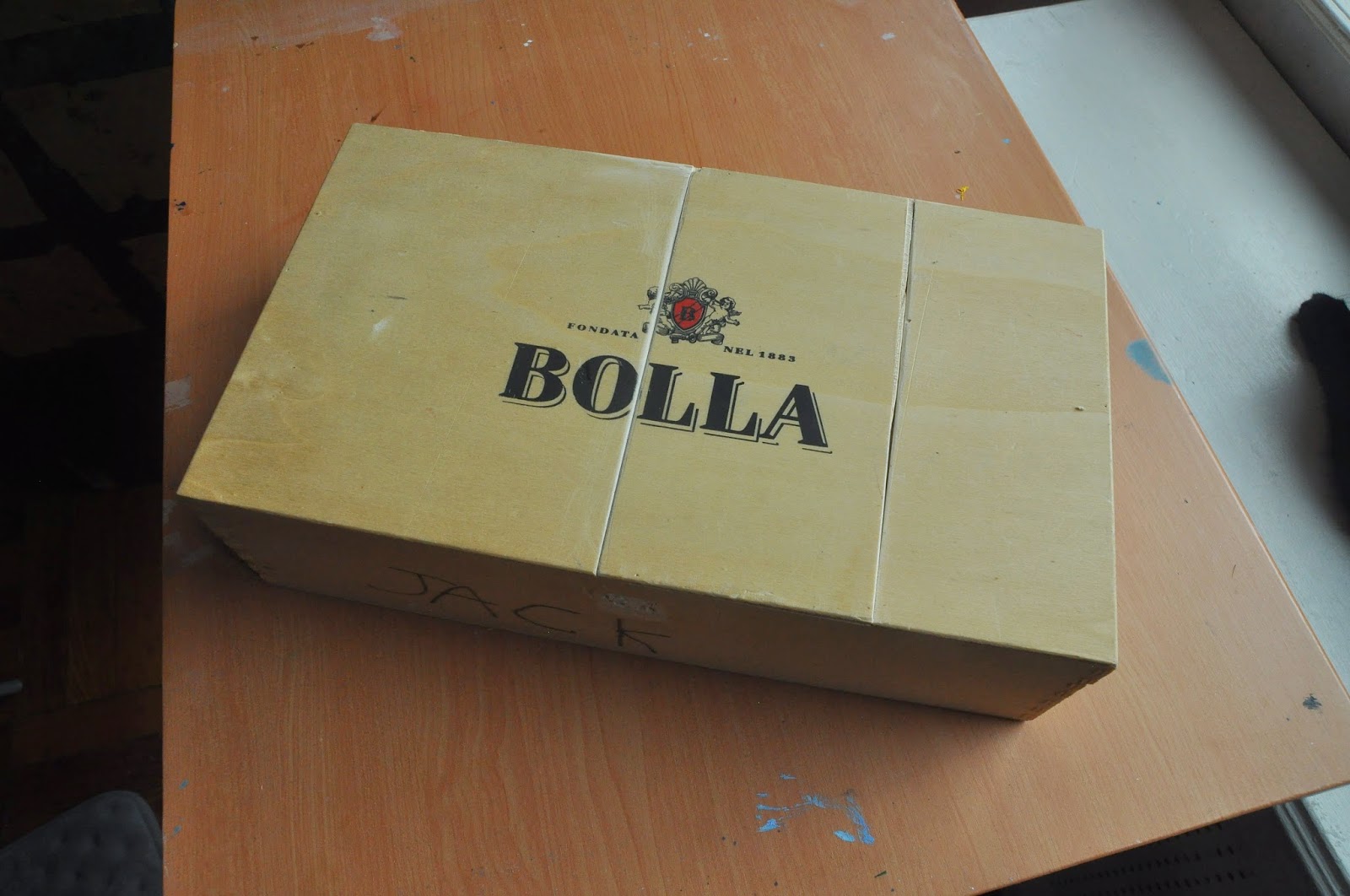 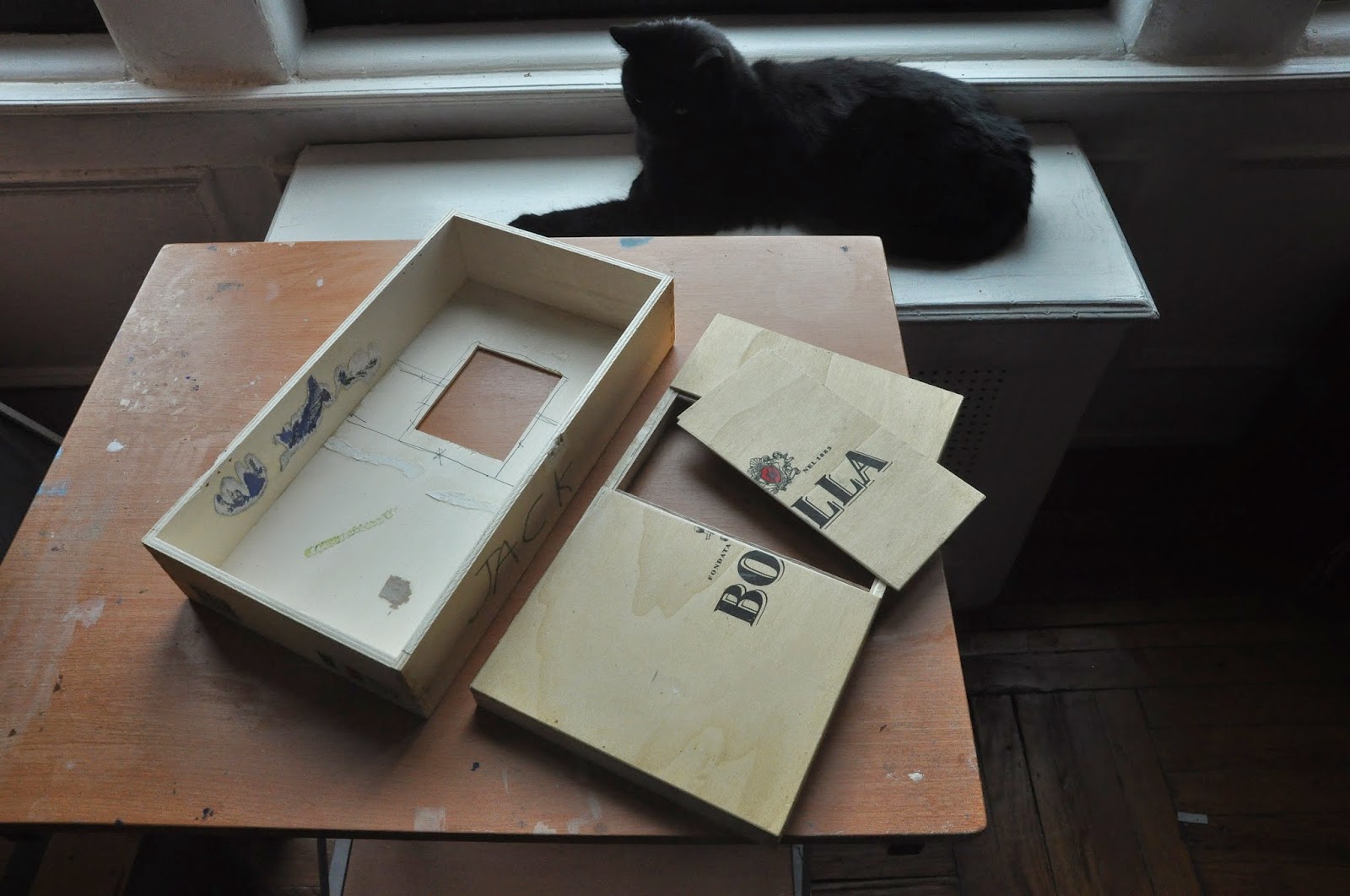 I cut a hole on the front of the box for the clock movement and another one on the back for changing the battery. The wood is very thin and easy to cut with a utility knife. 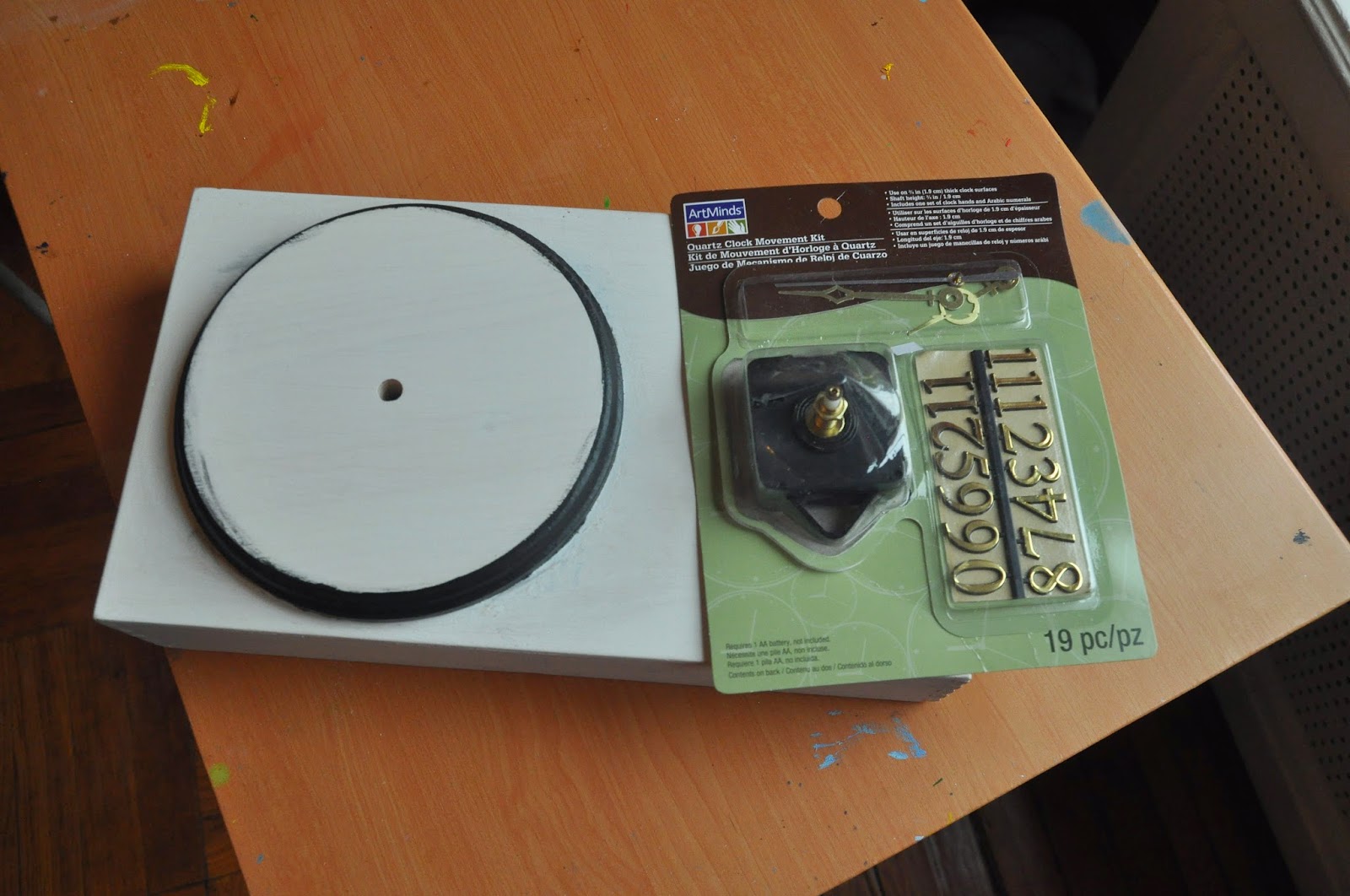 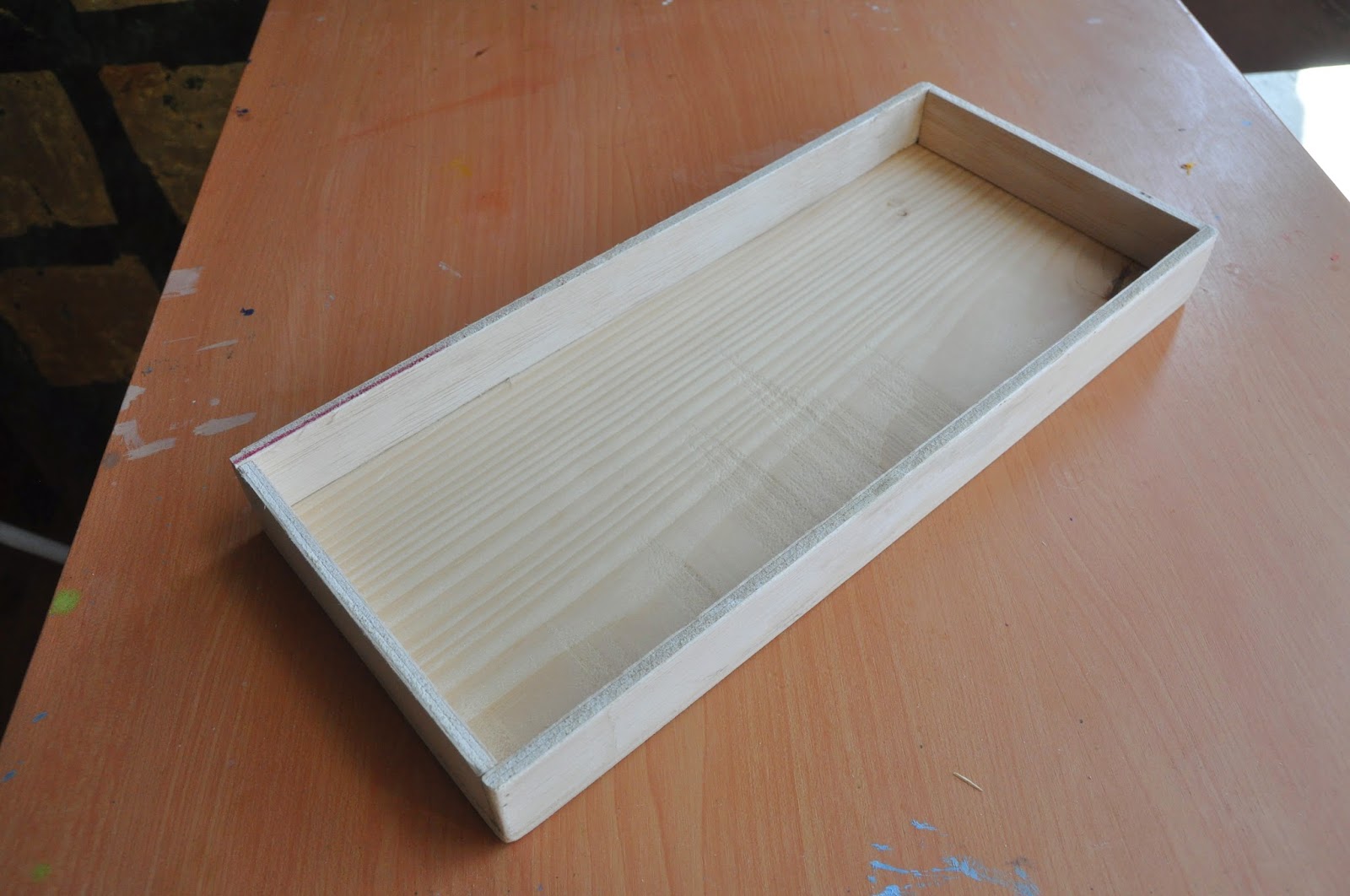 I built a small box for the base of the clock. The wooden pieces came from Michaels, already cut to the right width. I only had to cut them the right length. They are made from very thin plywood.

The Bolla box is glued to the inverted base. 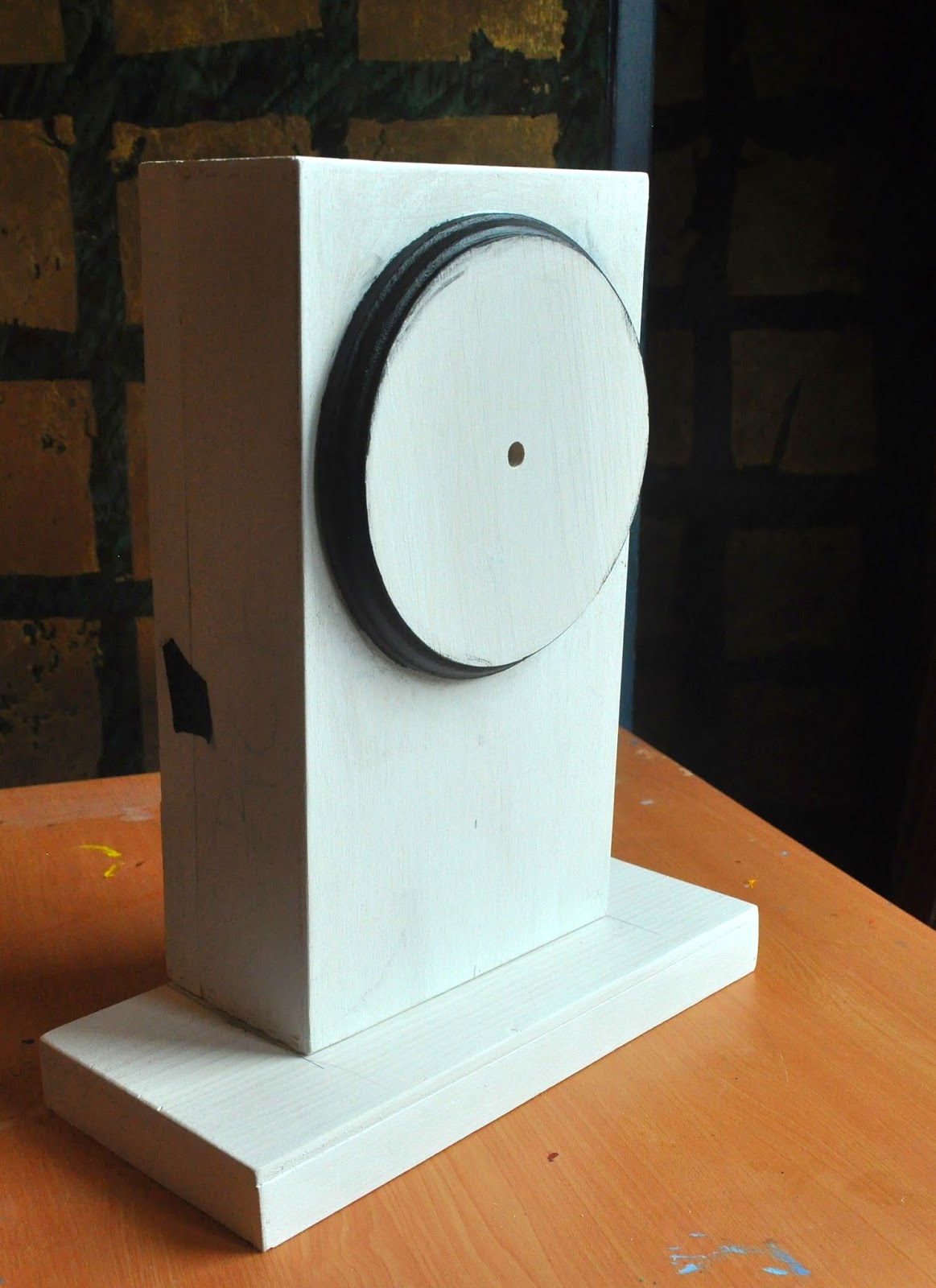 These are the front and back of the box sitting on its base, already primed. 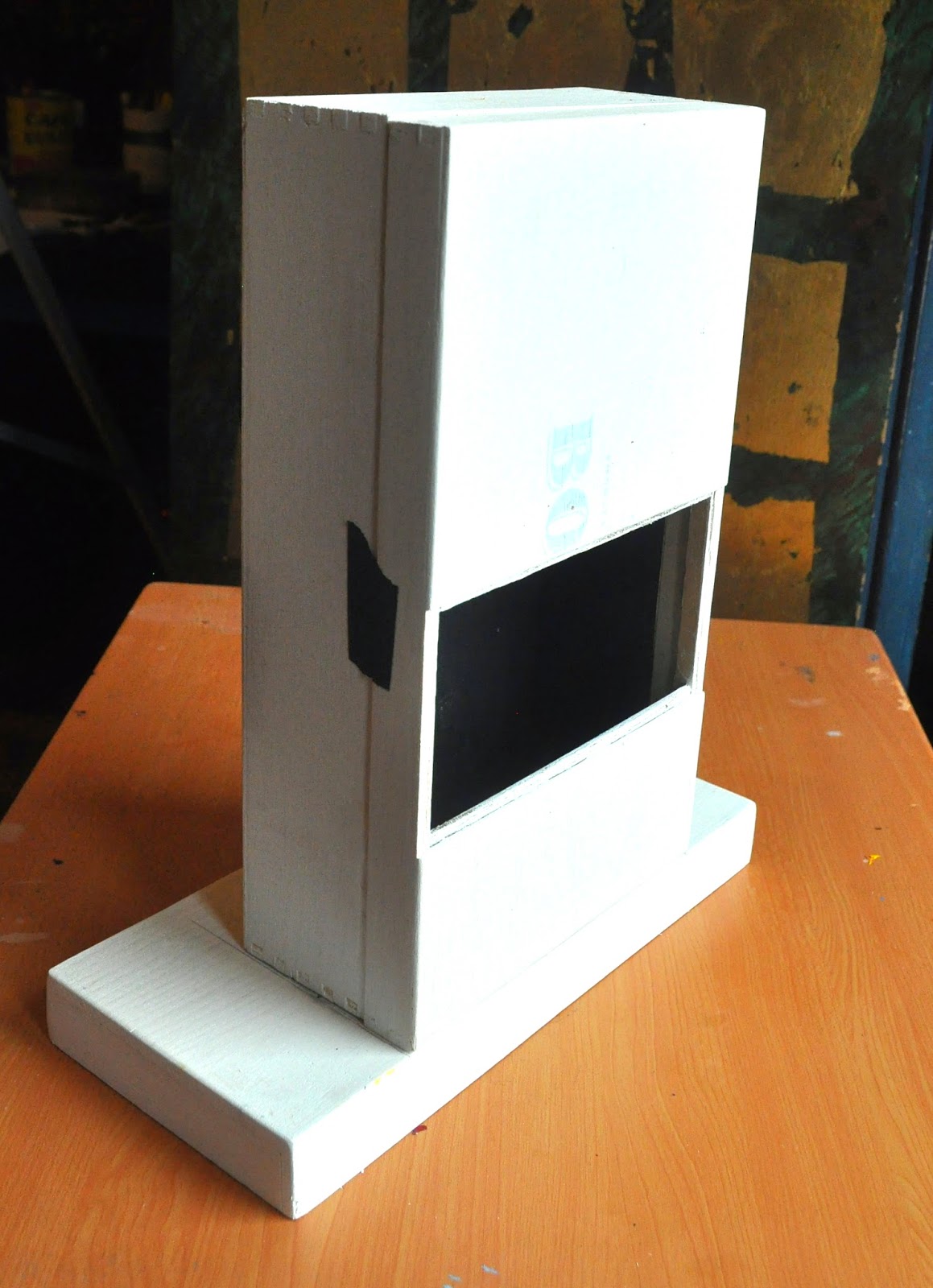 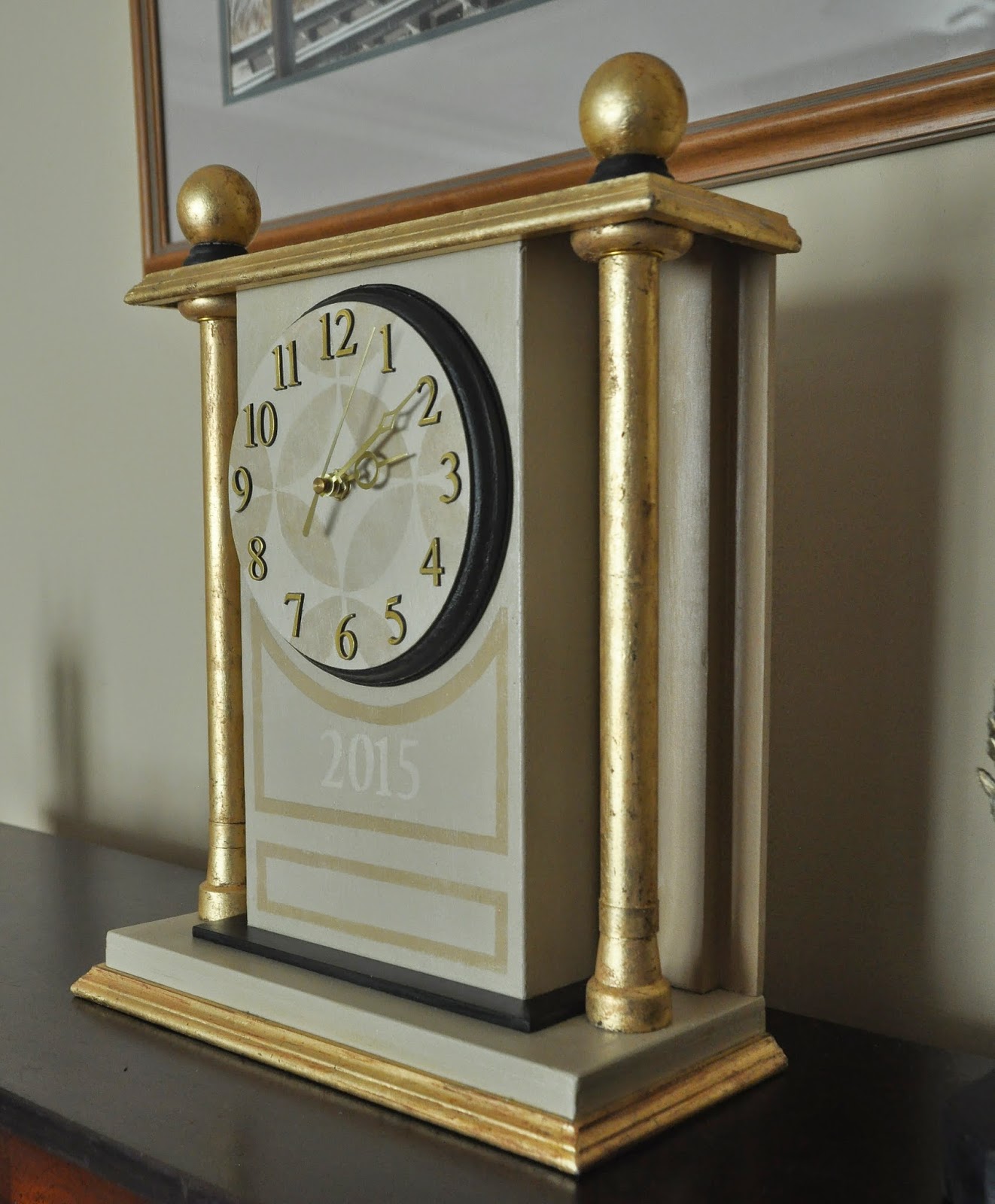 This is the finished clock.  I took pictures but I can't find them.....sorry. However, not so hard to figure out. On the top, I placed a piece of wood the same size as the bottom one. I then cut pieces of narrow trim and attached them to the edges.  I used the same trim around the bottom of the clock.

Here on the bottom is a good close up of what happens behind the columns. There are two pieces of wood that I glued together and attached to the back of the box.  It looks like a fancy cut, but it isn't. The narrower piece is the same width as the one around the base of the Bolla box (painted black). 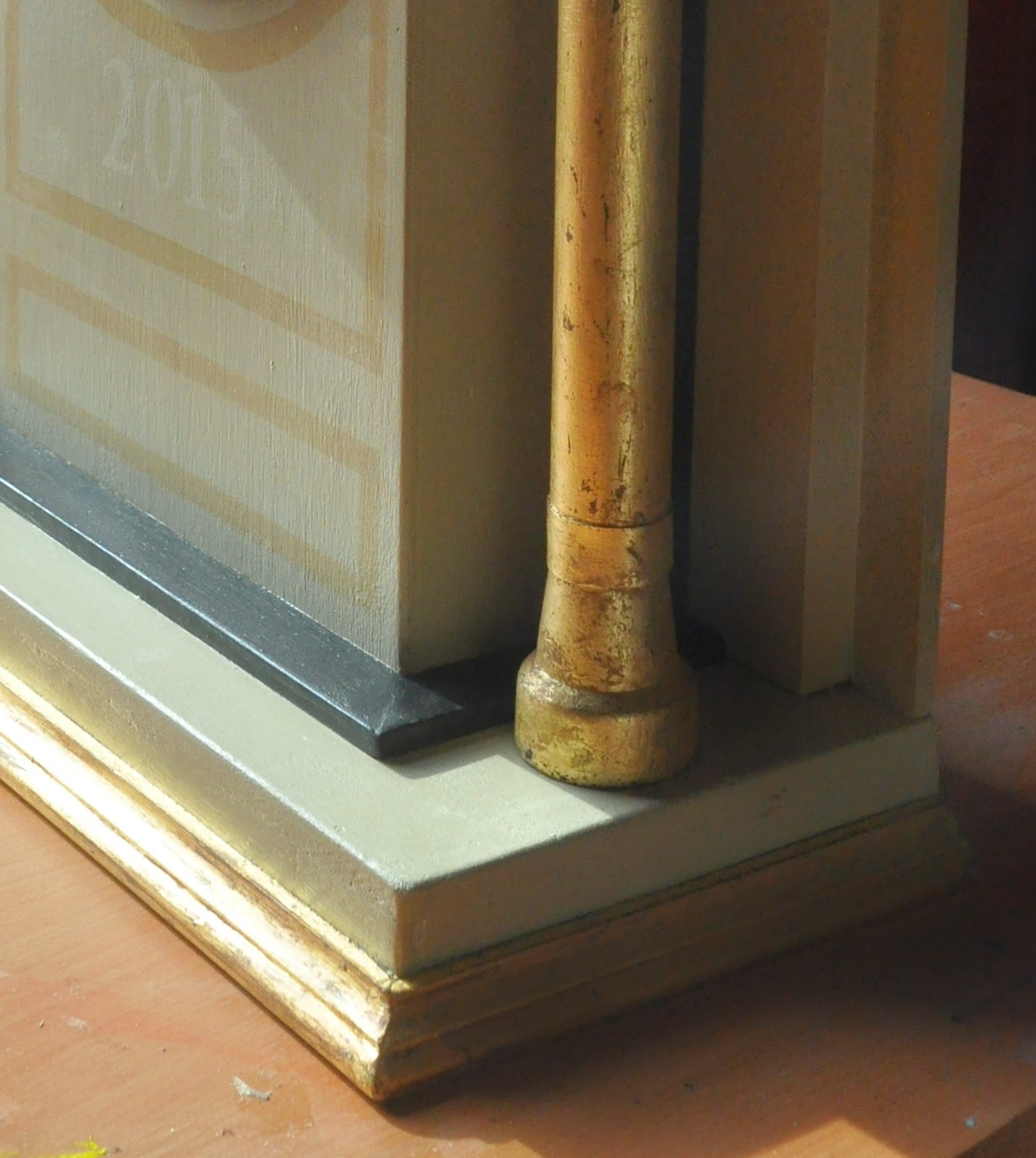 All the small pieces I used in the clock came from Michaels. The clock movement was $10 and another $6 was spent on the little bases and balls. 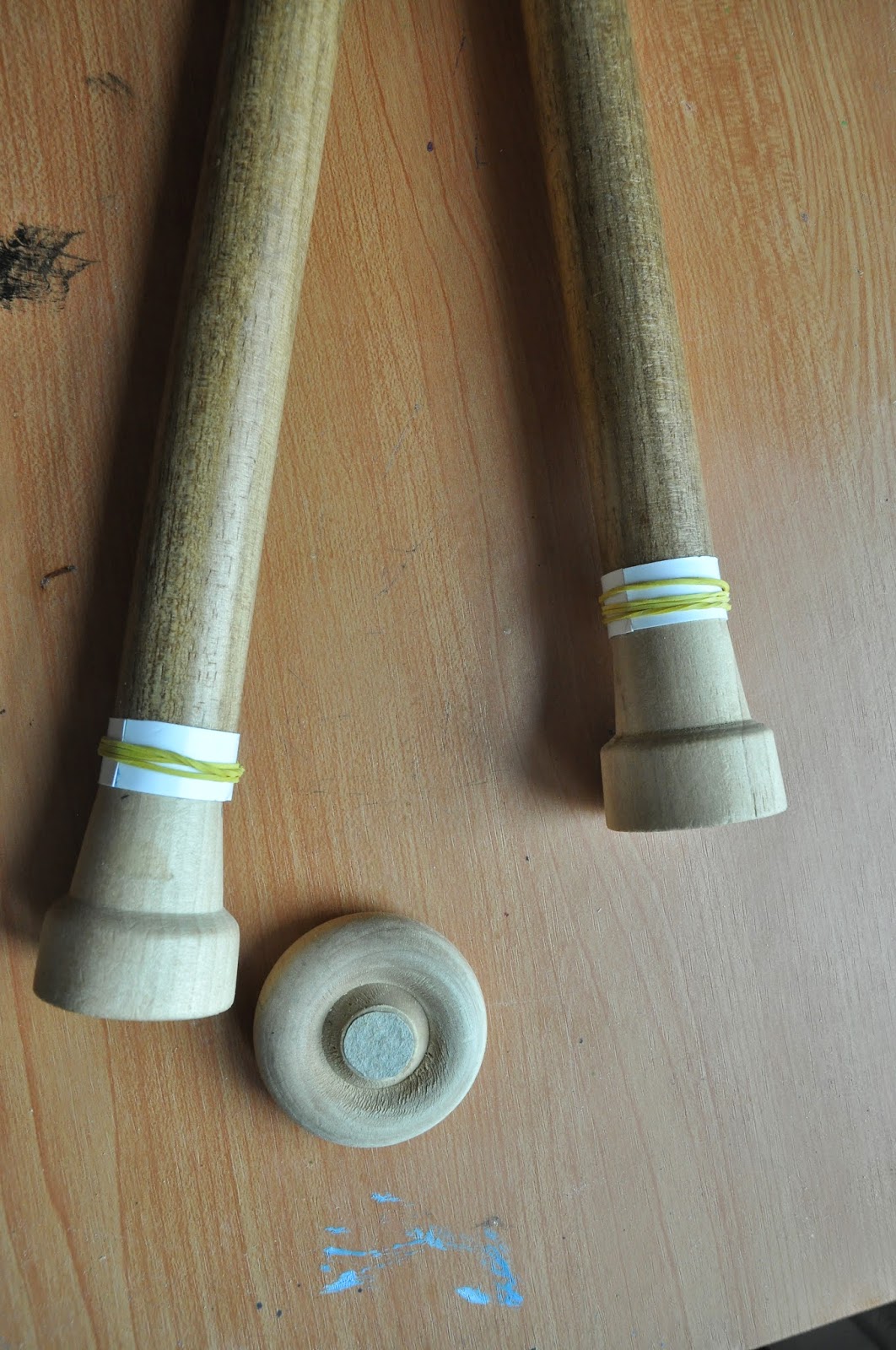 A strong broomstick from the garbage was used for the columns.
To camouflage the area where my broomstick meets the little base, I cut 1/2 inch pieces of cardboard and glued them on. The rubber bands are holding them until they dry. Check out the picture above.

The clock numbers were a gold color, so I used gold leaf for parts of the clock. I thought black and beige complemented the color scheme. The gold leaf was distressed to give it some character. 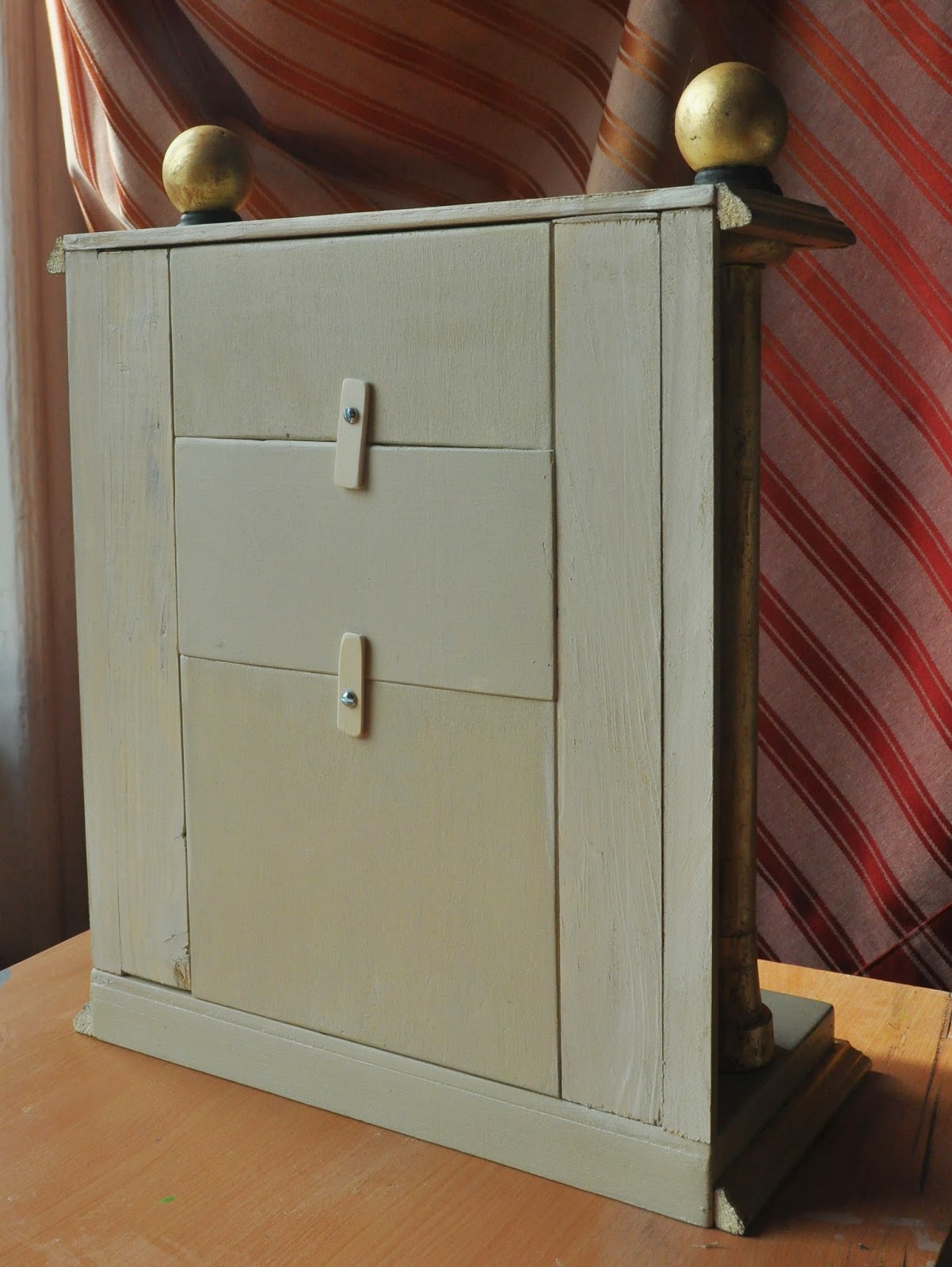 This is how the finished back looks.  The two small tabs rotate so you can remove the back and change the battery. 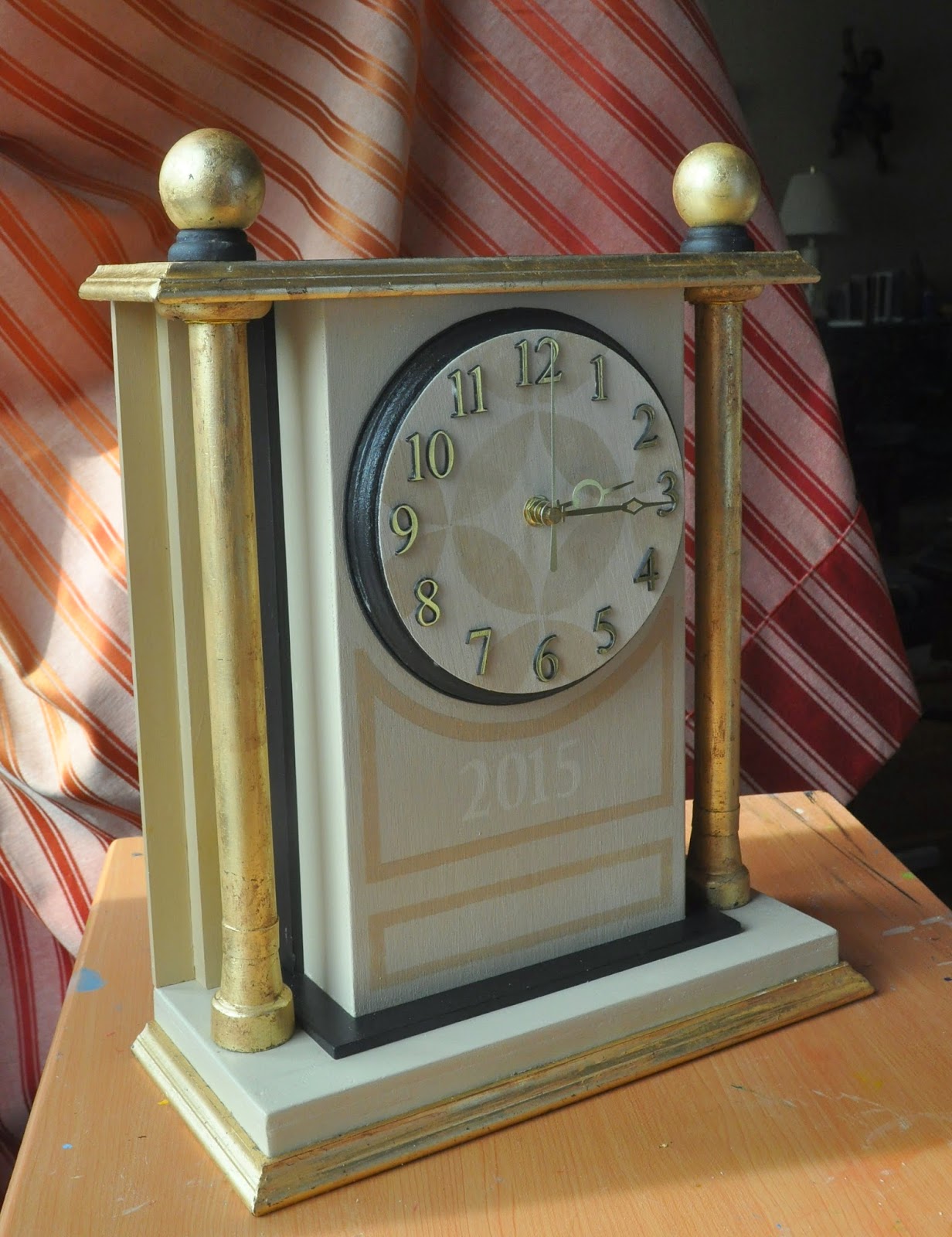 I thought I might make clocks of many different designs......and sell them.  The number of hours I spent making this one was totally ridiculous. I would have to sell it for $200 and who would pay that much for a clock made from a wine box?  I am happy to keep it. It will become a family heirloom!
Posted by Lola Sandino Stanton at 4:33:00 PM