A little box for a 7-year old girl

Xmas is coming and I have a few gifts to make. This year I have someone new on my list:  my niece's 7-year old stepdaughter, Riley.  I made her a little box where she can keep her treasures. 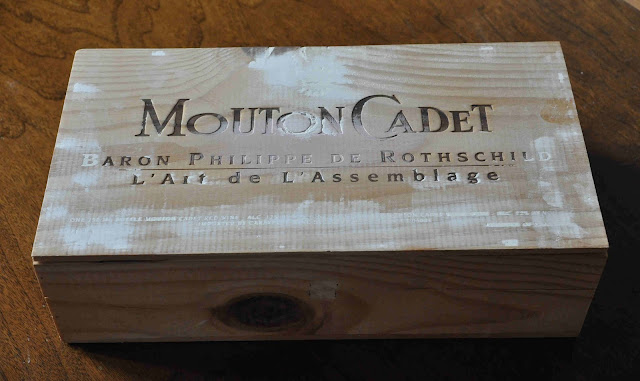 I used a wooden champagne box. These boxes have carved lettering and I filled in the small ones on the bottom with Spackle. I decided to cover the large ones. 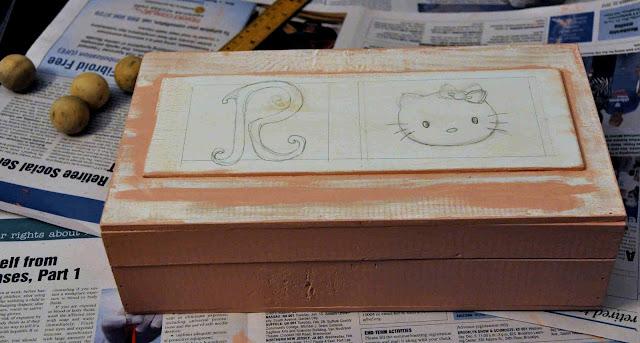 A thin piece of plywood does the trick. I used glue to attach it. Riley loves Hello Kitty, so I decided to paint the little cat's face on it and her initial on the other side. 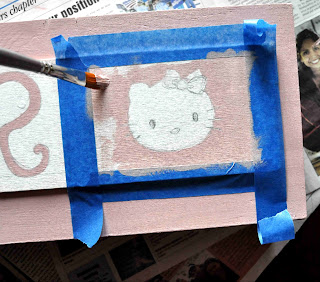 Masking tape to the rescue to finish the edges. 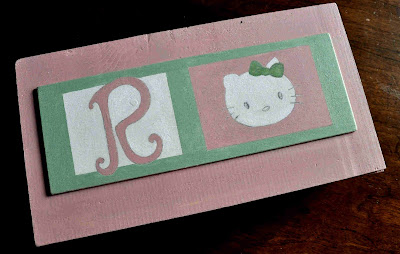 I thought the green added a nice touch. 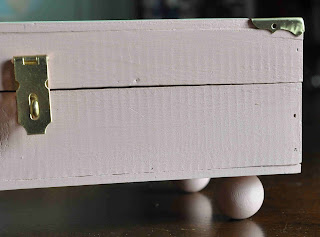 The feet are screwed on from the inside. 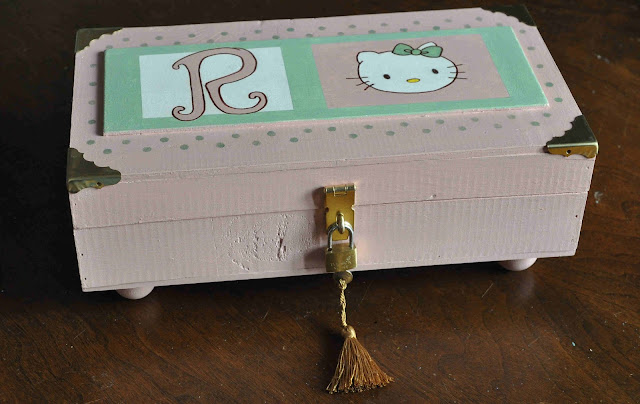 This is the finished box. Notice that I went over the cat face and the initial with magic marker.  I then polyurethaned the  box.

Some inexpensive metal corners, a shiny hasp and lock, and you have it.  I added the polka dots with a store-bought stencil. I thought it needed a little more decoration.

The tassel was only fifty cents at a trimmings store.  I used to make my own!  No more.

See you next time! Lola 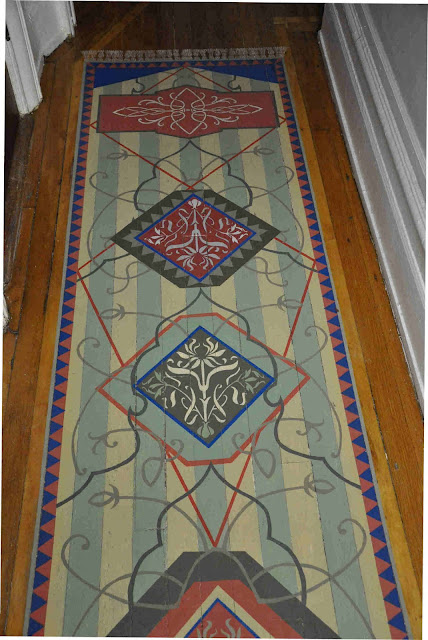 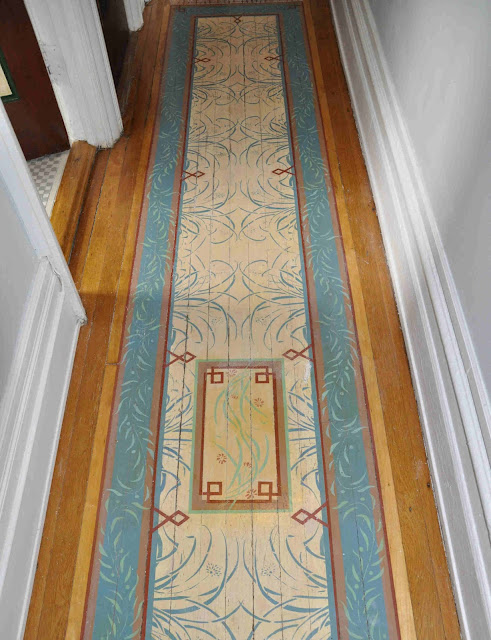 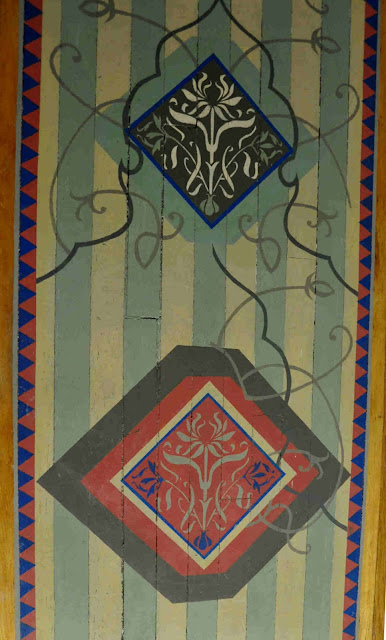 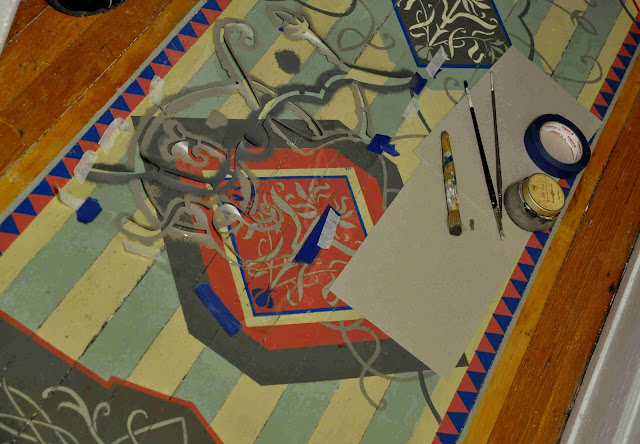 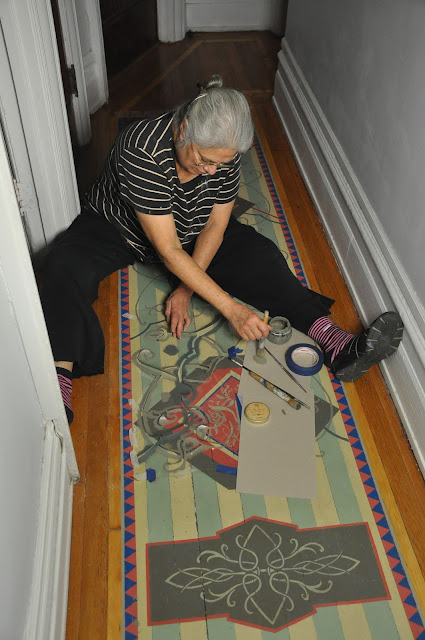 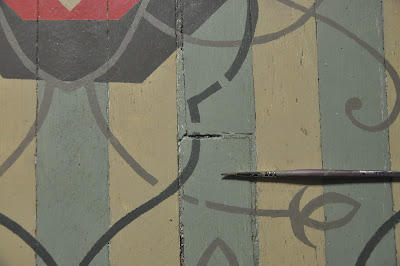 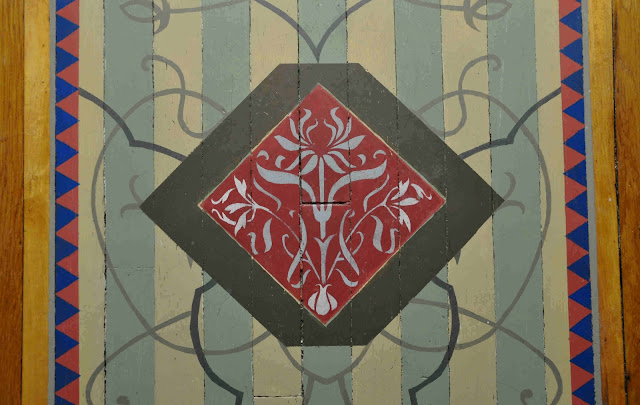 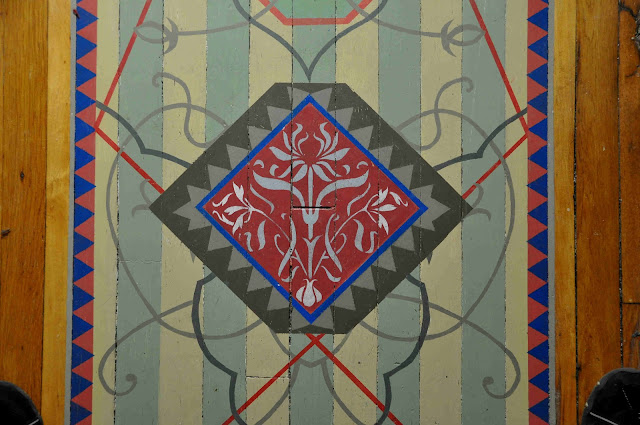 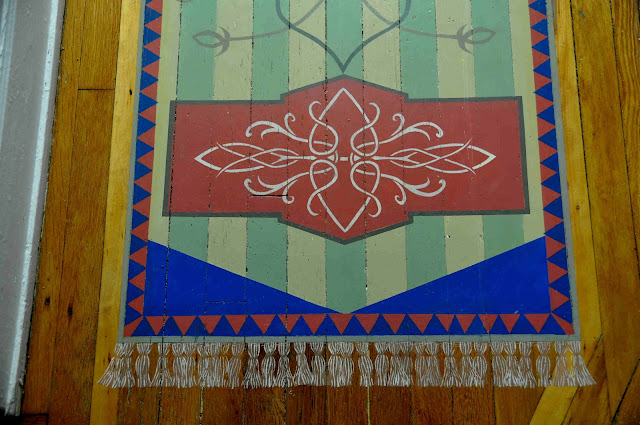 Posted by Lola Sandino Stanton at 4:55:00 PM No comments: